Let your donation go twice as far when you contribute to our dining car!

The Mad River & NKP Railroad Museum is happy to announce that an anonymous donor has agreed to match donations up to $5,000 for the exterior restoration of Nickel Plate Road Dining Car No. 127. The dining car is a regular fixture at the museum and is used for special events such as the Annual Car Show and the Holiday Train. Many interior improvements have been made to the car in recent years, now we’d like to restore the exterior back to its Nickel Plate Road appearance.

Our Museum has already committed considerable financial resources to this project and a generous donor familiar with the project has agreed to step forward with this matching challenge to offset the restoration expenses. Donations can be made in person at the museum during normal business hours, online using our form below, or by mail:

The Mad River & NKP Railroad Museum is recognized by the Internal Revenue Service as a 501(c)3 nonprofit organization, your contribution is tax-deductible if applicable. All donor information and contribution amounts are confidential unless specified otherwise by the donor. 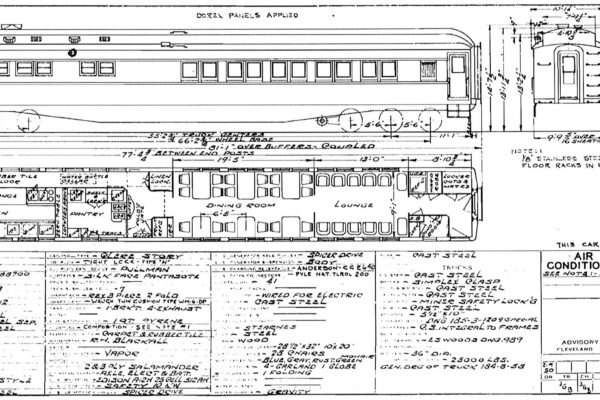 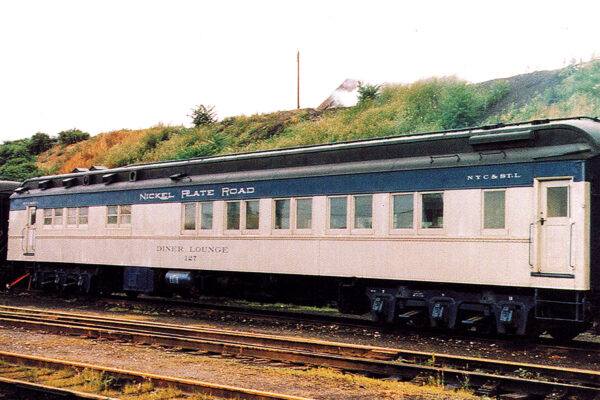 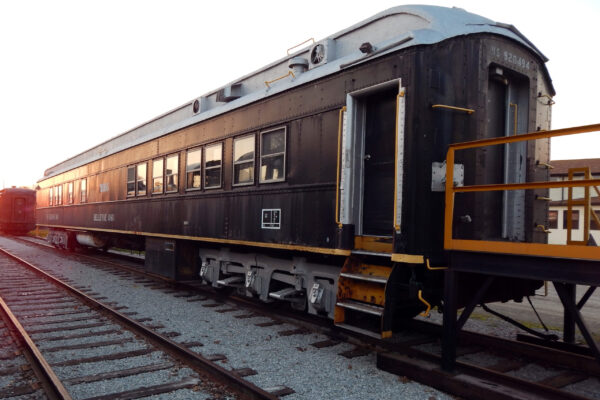 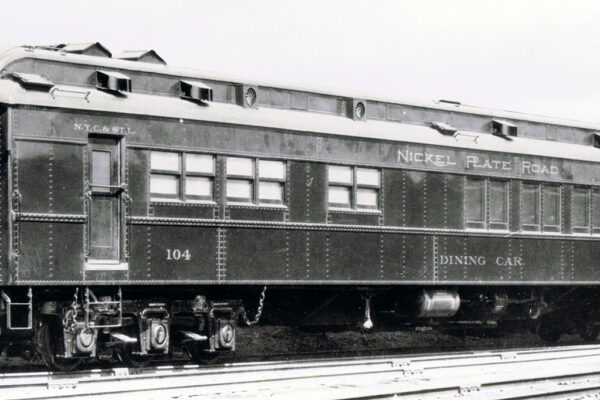 Built by the Pullman Standard Company in 1927, the car was originally numbered NKP 104. It was equipped with a 30-seat dining section, 17’ long kitchen, and 10’ pantry. In 1940, the diner was converted into a Diner-Lounge configuration at the Stoney Island car shop in Chicago, Illinois. This allowed for 18 dining seats, and a lounge with seating for 10. All Nickel Plate heavyweight dining cars were modernized after WWII except 104, it was the lone survivor to retain its clerestory roof. In 1949, the car was renumbered to 127 to prevent a numbering conflict with modern coaches being built. Even though never externally modernized, it did receive the blue and gray paint scheme (Bluebird scheme). It is believed that 127 is the only NKP heavyweight car to wear this paint scheme. After the Nickel Plate was absorbed by the Norfolk & Western Railway, all passenger operations ceased on NKP lines in 1965 and 127 was surplus. Shortly after, the N&W converted 127 for wreck train service at Conneaut Ohio. The diner was brought to Bellevue in 1967. The car spent most of its time plugged in to stand-by power and ready to go at a moment’s notice to feed crews called out to clean up derailment sites. In 1995 the Bellevue Wreck Train was disbanded and the diner went into private ownership for a short time before coming to the Mad River & NKP Railroad Museum. In 2001, the diner was dedicated to the late Jack Eichenlaub, Senior General Car Foreman/Wreck Master Bellevue and friend of the museum.

Working on 127 has been extraordinarily challenging given the frequent use of the car. During our COVID-19 shut down, volunteers spent many hours addressing the interior before the car once again had to be in service for the 2021 season. After the 2021 Holiday Train, work began on the exterior of the car. Window and door work is progressing, and 30’ of lower side sheet is being replaced. It’s our goal to have all heavy fabrication and body work completed before the 2022 Car Show. After the 2022 Holiday Trains, 127 will be wintering in the restoration shop where preparations for paint will be made. It’s our goal to paint the car in the summer of 2023.